The 1.5km swim segment of the race looped out into the Bay and back to Queens Wharf. The transition area and its 3000 bikes occupied the entirety of adjacent Cooks Wharf. Entry to the transition zone was at the far end of the wharf, so the T1 transition included a long jog out of the water and upramp to Queen's Wharf, around to Cooks Wharf, and down the outside of the long wharf all the way to the entry point at the far end. T2 involved a similar run after dismounting from the bike, leading Kim to remark this event was a "swim-run-bike-run-run" triathlon.

The 10km run segment consisted of two 5km loops to the west around the harbour area, while the 40km bike segment involved two 20km loops east along the coast to Mission Bay. Kim said the course was grueling with some steep hills and a strong, constant wind.

Kim placed an impressive 22nd out of a field of 88 in her age group. The swim was a difficult challenge in very cold water and with a current. She said she had to swim with her head out of the water to be able to follow swimmers in front of her because she couldn't tell where the course was supposed to go.

Kim said only one person passed her during the bike and run segments, while she passed many. Her run was a personal record and her split was 7th best in her age group for that part of the race!

Swimmers exit the water and race up and around to the transition area on the wharf in the background. 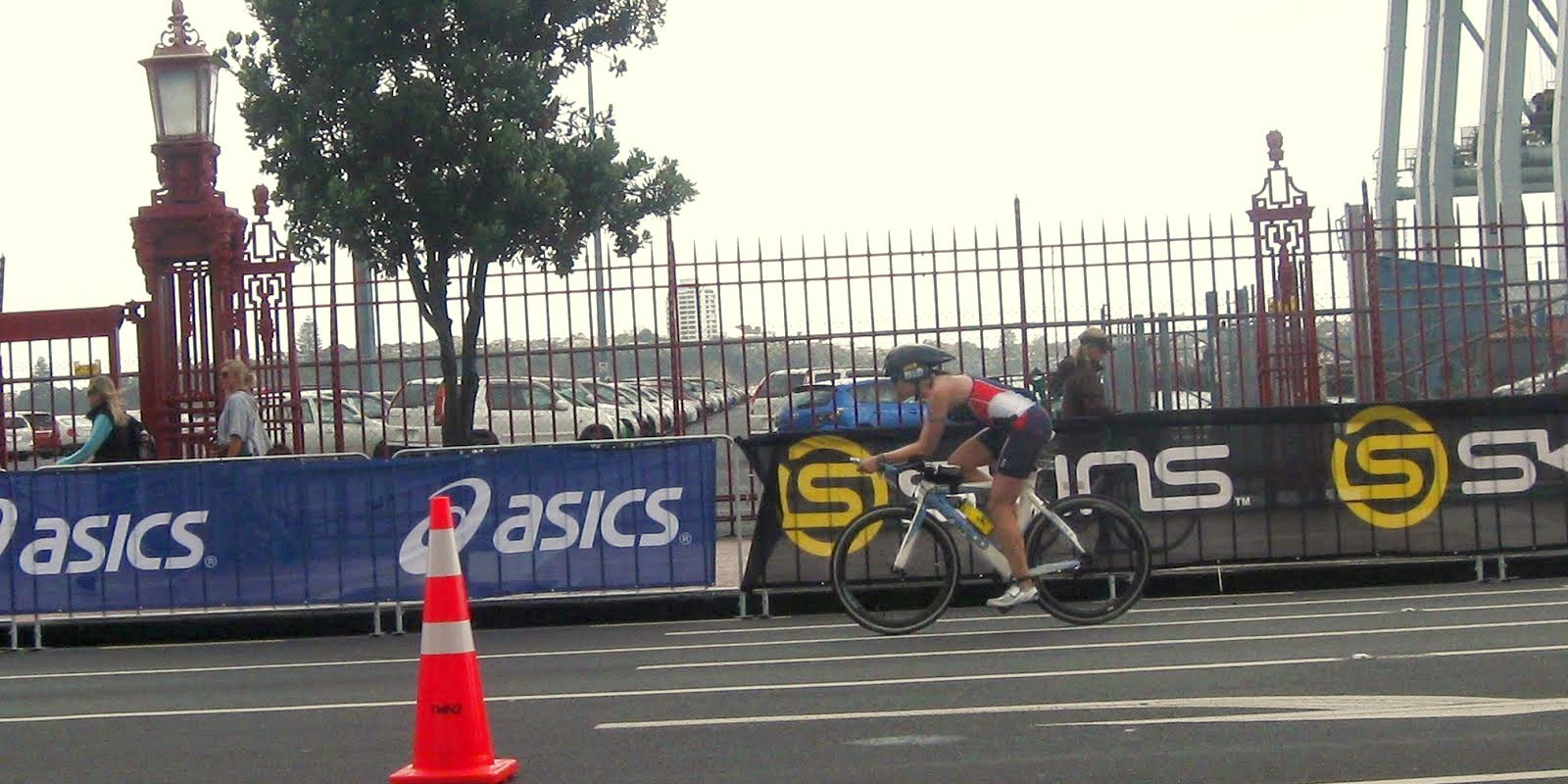 Kim, in Team USA colors, races by on the bike course.

Brad greets Kim at the end of the race. 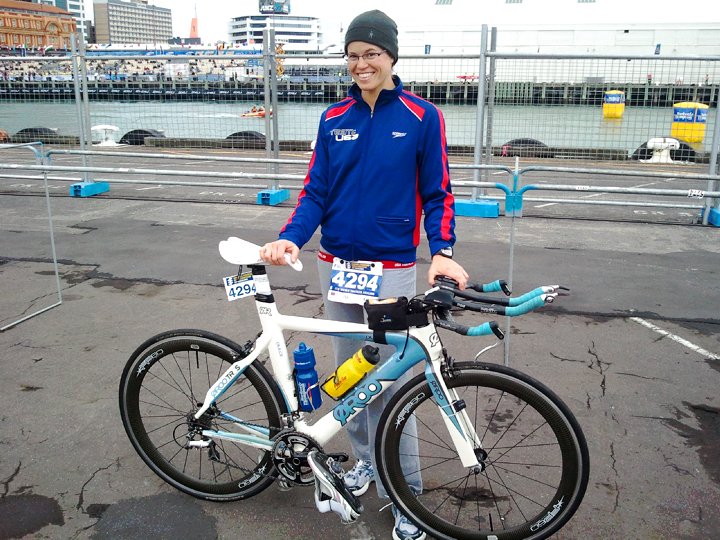 Kim poses with her race bike in the empty transition area after the race.