Whitney moved to Honolulu in 2012 to pursue her Master's Degree in Marine Biology at the University of Hawaii - Manoa, and was on course to complete her work by June 2015. However, a Fulbright Grant to study in Brazil beginning in February compelled her to move her timetable up so she wouldn't need to put her degree on hold and come back a year later just to complete the last few months. 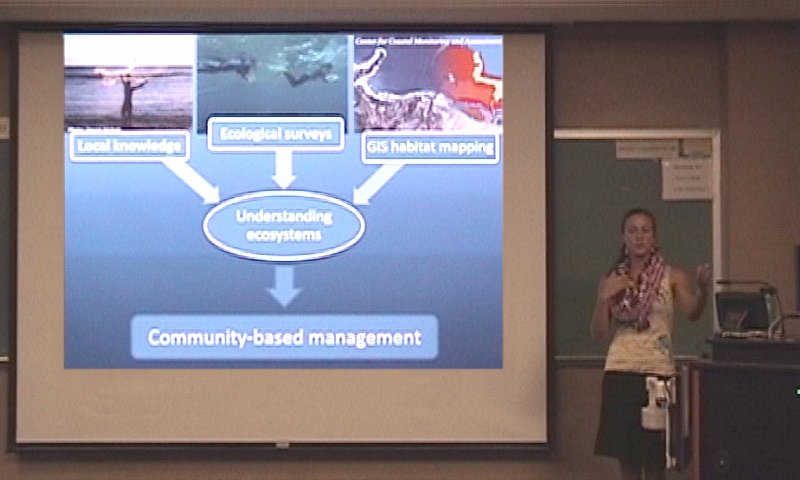 After a morning of surfing to clear her mind and energize herself, her thesis presentation was well received by an audience of around 40 grad students and professors. 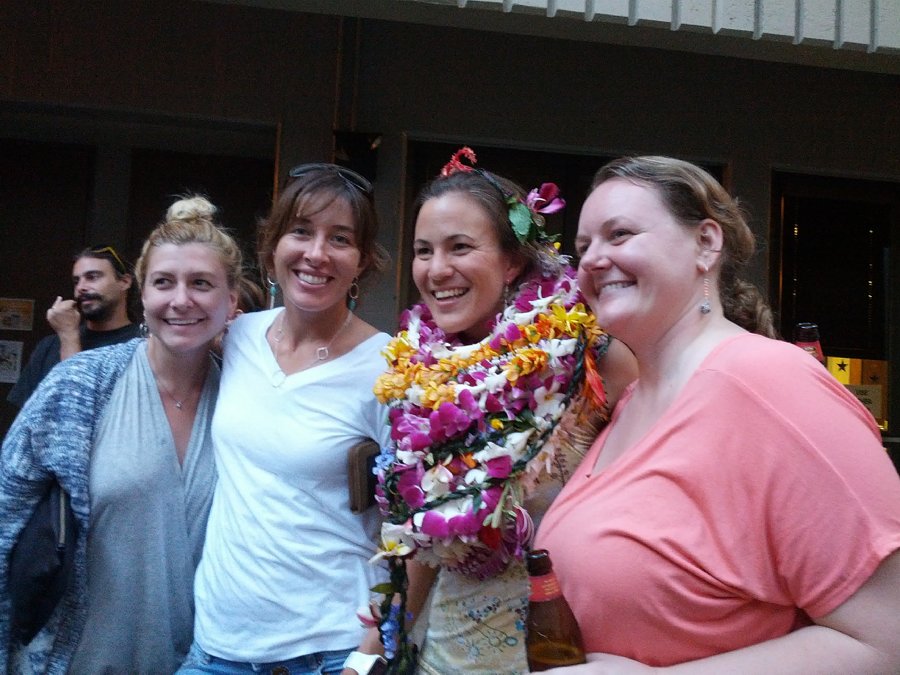 After successfully defending her thesis before the committee, the department held a congratulatory celebration in the patio. 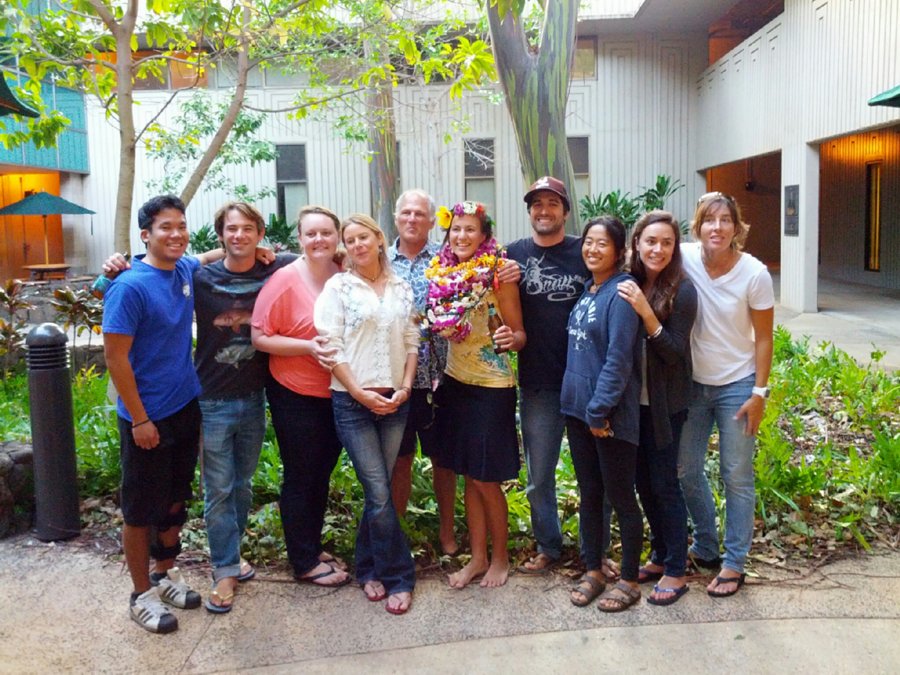 Whitney and her advisor, Dr. Friedlander, pose with the other grad students of his lab.
Whitney will officially graduate in June, but for now it's off to California for her sister's wedding and then straight to Brazil for the rest of the year, where she'll be doing research in the waters off Arraial do Cabo.