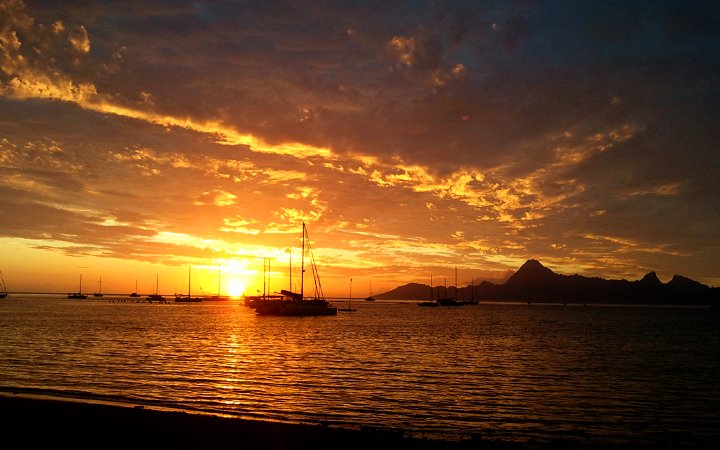 Tahitian sunset, with the island of Moorea in the distance.


Tahiti's not a bad place to spend a few days relaxing, but if you've been to other tropical vacation spots it's easy to become jaded. Throughout Tahiti's main populated areas, Papeete and Faa'a, we saw a lot of boarded up buildings, graffiti everywhere, trash lined the roads, and groups of idle men loitered about. This is a tourism based economy, though, so perhaps this is indicative of an island that has been hit especially hard by the global recession. Our hotel has over 300 rooms, but I can count on one hand the number of times we encountered another guest in the hallways or on the elevator. 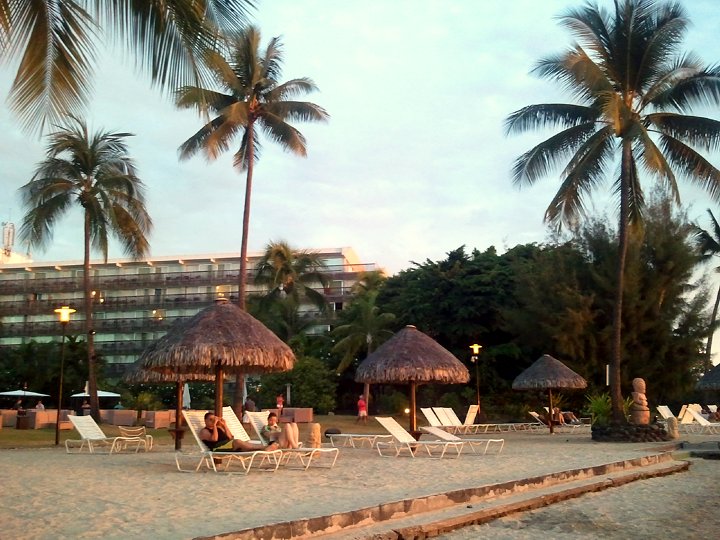 Sofitel Maeva Beach Hotel in Tahiti. Most of the good beaches on Tahiti and Moorea belong to big hotels for the private use of their guests. 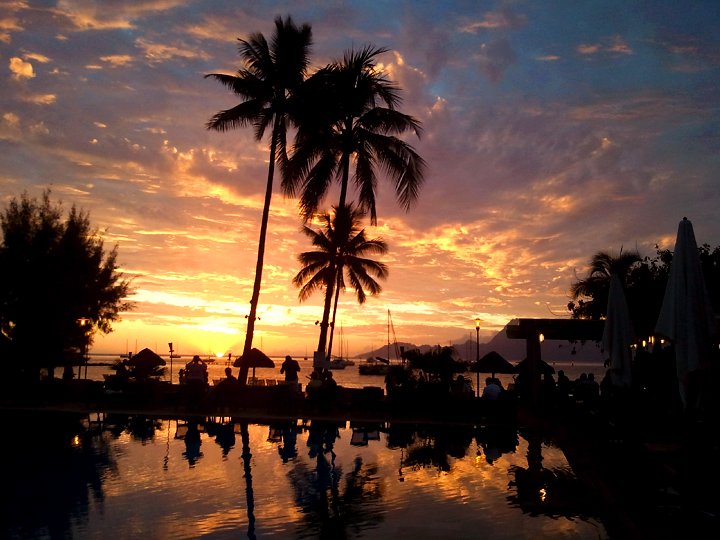 Sunset in Tahiti, with the Sofitel Hotel's pool in the foreground.