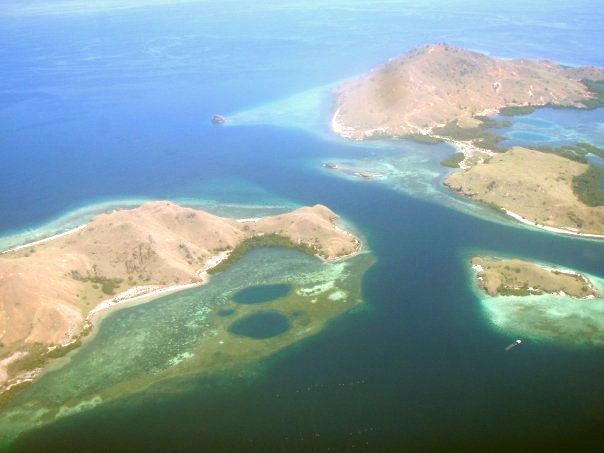 Some of the Indonesian islands, as seen from above on the flight to Flores

In the coastal town of Labuan Bajo, the four began their search for the right dive shop. After some shopping around, they found their man, and easy-going local named Condo (Indonesianally pronounced "Chondo"). With the simple exchange of $50, Condo gave them what would be one of the most amazing, memorable days of their trip.


With luck on their side, the dive day was a beautiful, sunshiney day - a break in the constant gray rains. Early in the morning, away they went on the dive boat to the off-shore peppering of little islands. Four crew members and our four adventurers - essentially a chartered trip. After an enjoyable cruise out to the first dive site, Nik, Mark, and Whitney descended into the blue with the Divemaster, while scuba un-certified Coleman gleefully frolicked in snorkel gear at the surface. 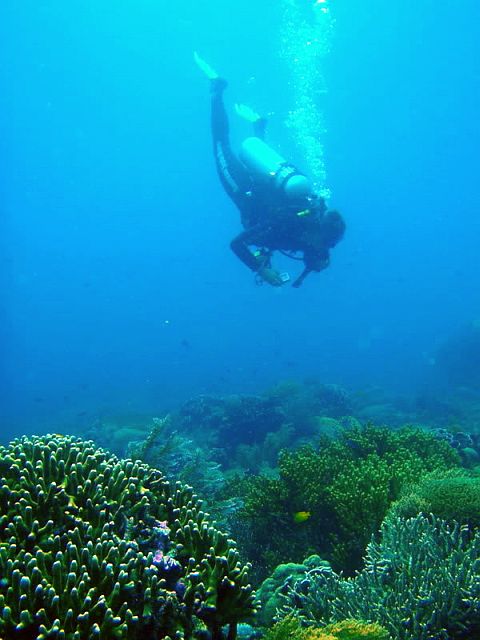 Me, diving down to take a look at the coral

The divers drifted along in the beautiful world of coral and reef fish, taking in all the wonders, when all of a sudden, from out of the blue came 6 or 7 giant manta rays, flying elegantly over the sea floor! Our divers stopped and watched in awe and excitement as the big beautiful creatures glided around them, sifting the waters for food. In the course of the dive, the four divers came across two more groups of mantas, along with scorpion fish, colorful parrot fish, a white-tip reef shark, butterfly fish, and a wonderful array of hard corals. Our adventurists came up to the surface grinning like idiots... and hungry! 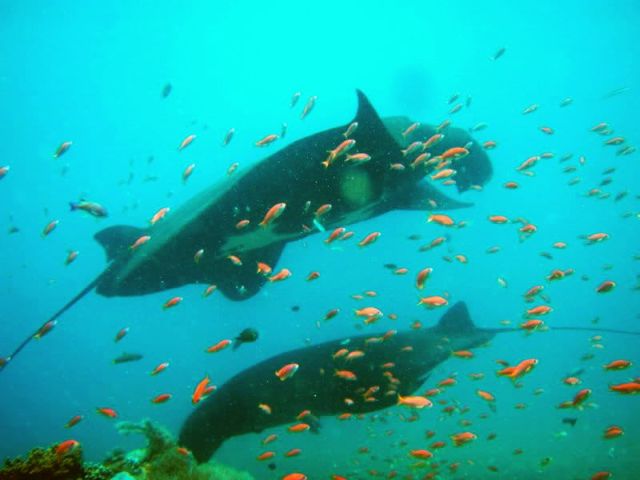 Beautiful giants gliding through the water

Much to their excitement, the four-man crew included a designated cook, who had prepared a lunch way beyond the travelers' modest expectations! Fried garlic squid, Indo mie (noodles), delicious green beans, grilled chicken, fresh tropical fruit, and a huge basket of steamed rice - all in large quantity and all delicious! Oh, and a Fanta to wash it down. The group relaxed in blissful satisfaction on the sun deck as the skipper made his way to the next stop...

One of the perks of chartering your own boat is that you get to customize your itinerary. So naturally, the group decided to make a stopover at the island of Rinca, home of the Komodo dragon, to work in a bit of terrestrial sight-seeing. 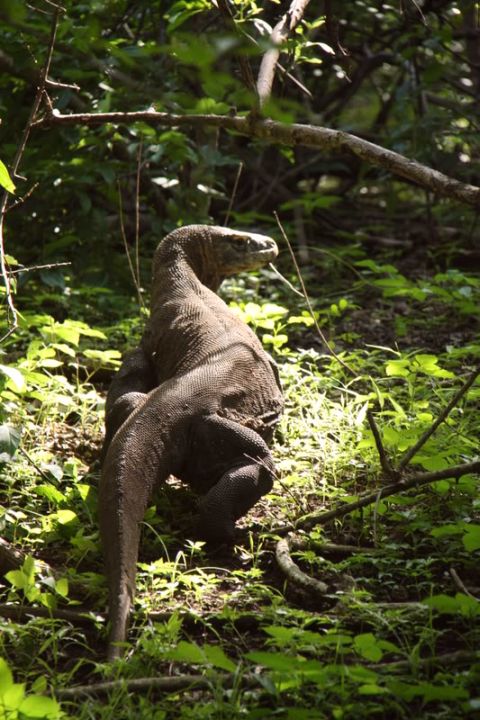 Back on the boat, the divers prepared for their second dive, at a different site. The day continued to smile on them, as the second dive took them through a world of blowfish, scorpion fish, blue-spotted rays, and rockfish (which even the Divemaster had only seen a handful of times). The diving was good, the water warm, the day gorgeous, and our adventurists happy! 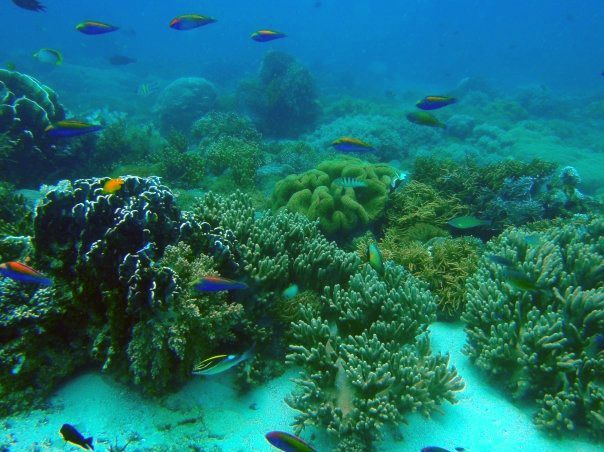 Swimming with the fishies!

After the dive, with a happy, exhausted group on board, the boat pointed toward home and headed off into the fading light. But the day was not quite done... when the captain asked the visitors if they were alright with a brief detour, they answered in the affirmative, excited for what else was in store on such an already-amazing day. The boat pulled around a small, tree-covered island, and with the horizon exploding in a neon display of colors and clouds, the group witnessed a remarkable sight: straight overhead, the nightly movement of thousands upon thousands of flying foxes, commuting to a nearby larger island for feeding time! 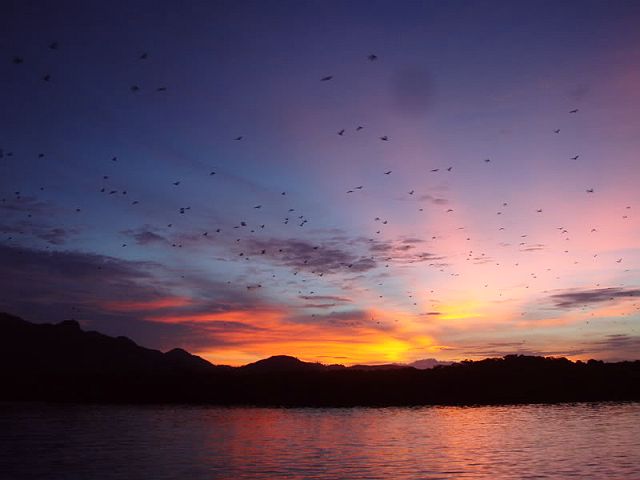 As the sun sunk down and the light faded away to black, Nik, Mark, Coleman, and Whitney ended the day exactly how they should: lying on their back on the roof deck, watching shooting stars, satellites, and far-off lightening flashes.

Nik's blog on the rest of our amazing trip in Indonesia: https://www.goodells.net/nik/blog?storyfile=200902060529
Indonesia photo album: https://s470.photobucket.com/user/GoodellsRule/slideshow/Indonesia/?albumview=slideshow