Food (start with the important one)

Best: Thailand, hands down, no question. Curries, spices, fried dishes, fun nuggets... all done perfectly. In Thailand, I can pretty much walk into just about anywhere and get something enjoyable, if not out of this world. 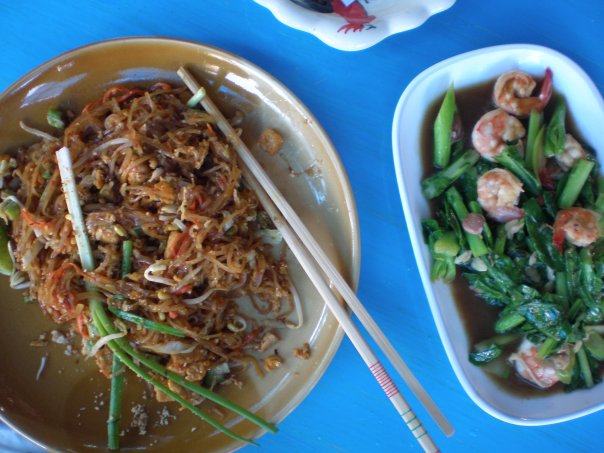 Some delicious Thai food. Can't get enough of this stuff!

Worst: Laos. I'm sorry, but Laos didn't bring it. I actually skipped meals in Laos (which anyone knows is not like me at all!) because they just disappointed me. They did, however, own on the sticky rice! That was their sole contribution to good food.

Best: Laos. This partially redeems Laos for their bad food. Lao coffee is amazing. It is possibly, if I may be so bold, some of the best coffee I've had.

Worst: Thailand. NesCafe everywhere! You find the occasional establishment advertising, "Real coffee!" as if it's something out of this world, when in fact, in most cases, it's still just a Denny's-status cup of coffee.

Best: Laos. To label any southeast Asian beer with the word "best" is a bit difficult (especially coming from beer-tastic Oregon), but BeerLao is still a tasty beer. It's tasty, it comes in big bottles, and it's cheap! (within the country) 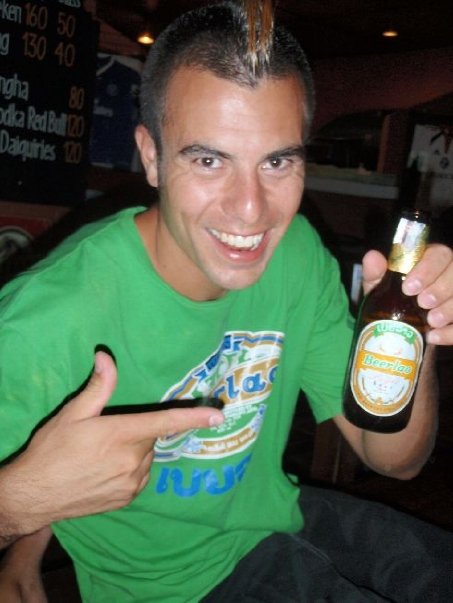 Worst: Cambodia. Anchor Beer seemed to be the country's beer... bleh! It's watery, tastes like shoes, and manages to leave you with a throbbing headache the next day after only 2 beers. Something's not right about that.

Best: Cambodia. For me, it was the people of Cambodia that made my visit! They are such happy, genuinely friendly people, and it was refreshing to chat with locals simply to chat, not because they were trying to sell me something.

Worst: I cannot generalize so much as to name any single country as the "worst" in this category. But I can say that Phnom Penh's (Cambodia) tuk-tuk and moto-taxi drivers were some of the most annoying people I've come across in all my travels through Asia. In a country of gentle people and smiling faces, this group of people stood out as obnoxious, insistent, in-your-face (and your way), and all around put me in a bad mood.

Best: Here again, I will have to name a more specific group of people... the town of Pai in northern Thailand had the best traveling community of our trip so far. True travelers, taking in the world. 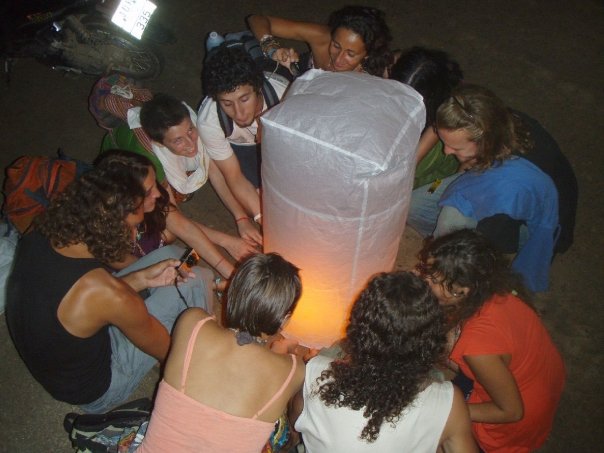 Worst: Laos. Ugh. I'm not quite sure why, but Laos had a trail of travelers that I couldn't stand. They were, for the most part, young westerners that were just looking for a place to get drunk for cheap with other whiteies. The type that seemed to try to avoid local culture, because it was "just weird." The type that bring rolling suitcases to muddy, unpaved Laos. The type that make you want to say, "I'm not with them! I'm not one of them!"

Best: Laos. For the most part, our accommodation all through Asia (except on the islands) has all been about the same price, ~$4-5 per night. But Laos' $4-5 gave us nice rooms, comfortable beds, towels, toilet paper, a bottle of water, and sometimes even a flush toilet! Ah, the luxuries! We felt like we were living above our budget! So we eventually found a place in Laos more our style - just a roof, a bed, and a common toilet located outside. This only cost us $1.50 per night!

Worst: Koh Phagnan, one of the Thai islands in the Gulf. Here, we were paying about 3x what we did everywhere else, and this bought us damp matresses, 10-lb pillows, saline-water showers, and the smell of a mildew kingdom, right in your living space!

Most expensive: Southern Thailand. This is where the islands and the beaches are, the hot vacation spot for whiteies around the world, so naturally, this is where prices are inflated and everything costs about 3-4 times the "normal" price. This is where vacationers come and think it's all "so cheap!"... because they haven't been to the rest of Asia.

Best: Cambodia. A genuine smile and friendly, un-pushy nature does wonders for sales! At least from me. And the kids selling cheap sunglasses and guide books are some of the sharpest, most charismatic salepeople I've ever come across! One 10-yr old kid selling books asked us where we were from, and then informed us that our home state of California's capital city is Sacramento and the biggest city is Los Angeles, our country has just over 300 million people, is made up of 50 states, and is run by President George W. Bush, but not for long because Obama, who was born in Hawaii and lived in Indonesia for several years, is going to be the next President. He then proceeded to tell Nik that the reason he didn't have a girlfriend was because he didn't buy any of his books. And all of this was delivered with the brightest, most charming smile you can imagine. 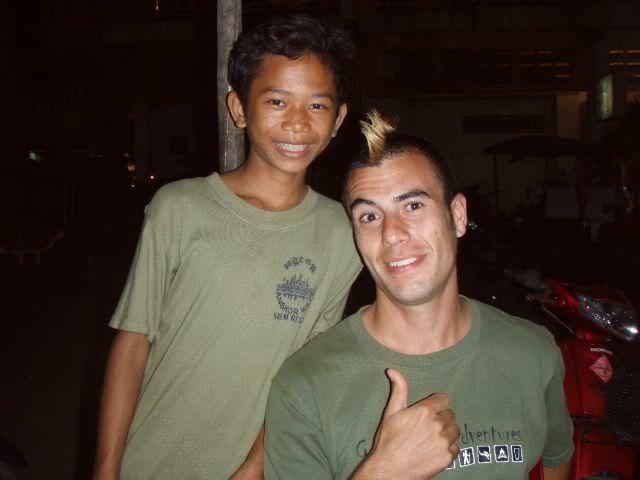 This Cambodian kid was a born salesman with a smile that could sell used books and steal hearts at the same time.

Worst: Hmm. I suppose I'd just have to say the afore-mentioned moto-taxi drivers in Phnom Penh. They don't understand "no," and think that if they get right in your face and grab your arm and yell louder, that you may decide you'd rather ride with them instead of walk the 500 meters to your guest house. Walking down the street, fighting through these mobs of pushy people, made me dream up acts of aggression... it made me think, "If I stayed in this town much longer, one of these days, someone would get hurt."

Best: Thailand. Tourism is a huge industry in Thailand, so bars and night life have worked their way into the culture. More specifically, Koh Tao has some of the greatest bars I've been to. Open-air bars and wooden decks that extend right out onto the white sands and warm ocean water. You can enjoy the music on the deck-dancefloor or relax on pillows in the sand, with a little table and a lamp, and fire-dancers spinning flames down near the lapping waves.

Worst: Laos. It's a conservative country, and what little night life there may be is dominated by the obnoxious crowd of 'visitors' who act as if their Algebra classmate with the good fake ID just bought them a whole load of liquor and cheap beer while their parents are out of town.

Best: Thailand. Because of their tourism industry, Thailand has the cheapest, fastest, most available internet of the three countries. No big surprise.
Worst: Laos. It's slow, it's expensive, and it's hard to find. But what do you expect in such a touristically isolated country?

Best: Thailand. You can walk into any one of the hundreds of little tourist centers and buy a last-minute bus/train/plane ticket to any number of destinations. The ticket will be cheap, the connections will be (relatively) easy, the bus or train will be (relatively) clean and comfortable, and there will generally only be one person booked per seat.

Worst: Cambodia. When you buy a 'seat' on a bus in Cambodia, you will most likely be crammed into a can with no air-conditioning with twice as many people as there are seats, and you'll have your knees to your chin with your feet on a stack of backpacks, because they didn't take into account that travelers have bags. The bags they couldn't fit under your feet or on your lap are thrown up top, with no tarp (and it is always either rainy or dusty on the roads), alongside the motorbike they've got strapped up there and the 5 friends of the driver that originally tried to squeeze into the bus in a seat that you rightfully paid for, and are already sharing with one and a half other people and 3 bags.

Best: Cambodia. We were caught off-guard by how fluently these people spoke English! We were confused by the lack of confusion in our interactions. But not only do they speak English very well (and know everything about our nation), but I also heard them guiding tours at Angkor Wat in Spanish, German, French... poverty has led the people of Cambodia to learn so much about other nations simply so they can bring money home.

Worst: Laos. We pretty much spent the entire time there supplementing our 10-word Lao vocabulary with lots of hand signals and body language, mostly just to receive looks of confusion and nods-and-smiles in return, or the infamous Lao "yes," which really means, "I have no idea what you're asking, but 'yes' usually works!"

Best: Laos. Gorgeous. Much of it pristine. Green mountains, sharp, jutting cliffs, mighty Mekong river... Laos is beautiful when you get away from the obnoxious travelers. Also, the Thai islands can't be ignored in the "beautiful scenery" category. They provide the backdrop for the type of pictures that make people jealous ; ) 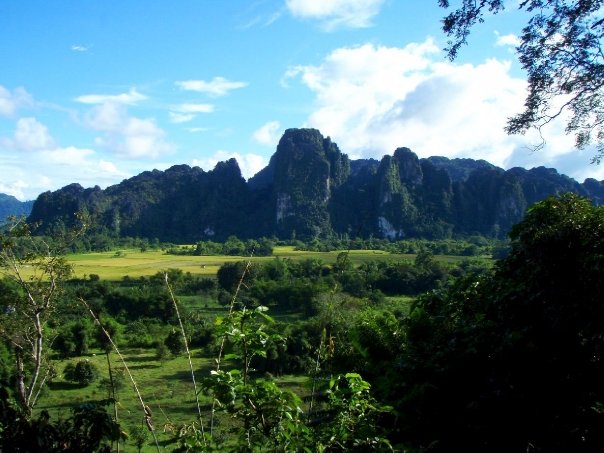 Worst: Cambodia. I feel like a bad person listing something as the "worst" in this category, and Cambodia has its gems and its beauties. But when compared to the tropical islands of southern Thailand and the dramatic mountainscapes of Laos, Cambodia's flat plains of rice fields don't hold a candle.

Best: Thailand. They have pretty money. It's colorful and crisp and fairly new. It makes US notes look incredibly boring and old-fashioned.

Worst: Cambodia. I felt like I had to take a shower after handling Cambodian notes. If their money had colors, I couldn't tell. All the bills looked as if they've been dug up from rice paddy sludge or used as toilet paper for the last 10 years. I would use the term "keep the change" and almost feel as if they were doing me a favor.

Best: Laos. Every country has their bad drivers, but for the most part, the Laos drivers that we were exposed to were mild-mannered, easy drivers. They rolled through their countryside at an easy pace, allowing passengers to take in the beautiful scenery without tensing every muscle in their body just to stay upright.

Worst: Siem Reap, Cambodia. Every country has their bad drivers, but all the bad drivers in the whole of Thailand could not equate to those found in the town of Siem Reap (and if you've ever been on a road in Thailand, that's saying a lot)! I have never feared for my life as a pedestrian more than I did in Siem Reap, and having to share the road with them as a cyclist was a whole different story! Motorbike riders seem to target fixate on crossing pedestrians like a magnet. They look at you, see you, see your intended path, and will somehow always manage to change their path, go out of their way, and aim straight at you. They then screech to a halt, confused about why flow of traffic was not maintained. Case in point: in our first 15 minutes in the city, we watched a speeding motorbikist slam head on, at full speed, into the front of a rather-obvious big blue van that was sitting in the lane, waiting to make a left turn. How the rider didn't see that blue wall directly in front of him in any of the 600 meters prior to the point of impact, Nik and I cannot figure out. We're not entirely sure that guy carried on to learn from his lesson...

On that cheery note, I will wrap up this fun ceremony. I'm sure some people that have been to SE Asia would read this and say, "No way! How could she say that country had the best such-and-such! What possibly could've made her think that this country was the worst at blabitty-bla!" But that's the beauty of SE Asia (and traveling in general, I suppose) - it's different for everyone. This was my experience, so take it or leave it.