My summer was spent in the wonderful little village of San Luis Obispo, nestled against the California coastal range, where i participated in an internship at the 'we're too good for Nik' Cal Poly University. Let me just say, SLO rocks! As do all the wonderful people i met there this summer, and I can't wait to return next year.

We'll cut into this little reminiscion with a recount of my last mini-backpacking trip near Sequoia National Park, so i can put in some cool pictures.

A friend from the internship and I headed out after work on friday for a weekend backpacking trip in the Sierra's. We got in late and stayed at a little walk in camp that was tucked waaay up a small winding backroad near the trailhead. This was also the only bear sighting on our trip. We awoke early to find a black bear not more than 50 yards off in the camp area. He wasn't interested in our food though, just beating up the trees around there. 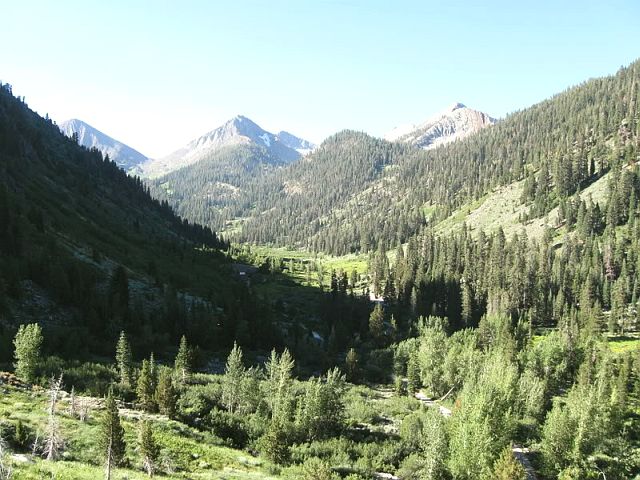 Backpacking in the High Sierras

We got up early and hit the trail. After spending the whole first day hiking we had only made it five inches; it was apparent that we were a little ambitous in the selection of our route. After studying the topo map and taking lots of compas measurements we determined that we could short cut cross country and intersect another trail to shorten our route. So we left the trail and made camp for the night on a beautiful meadow of boulders. 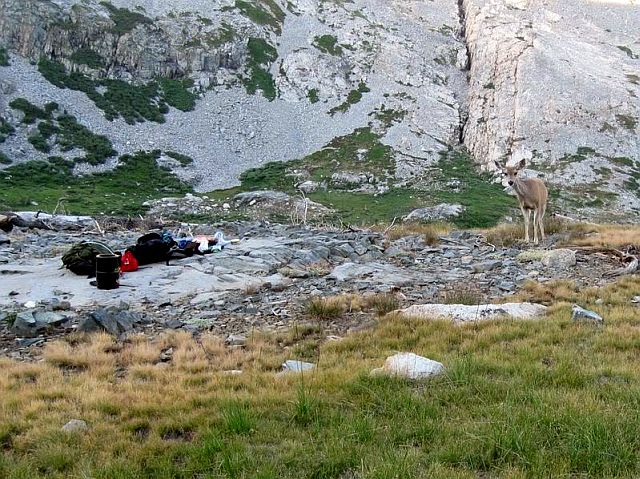 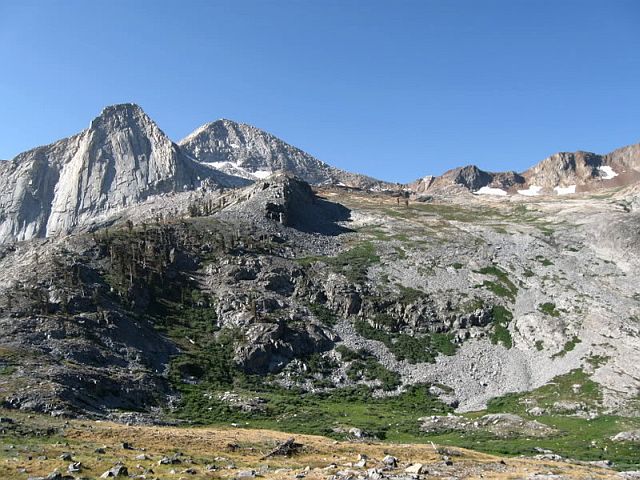 Based on the map we expected to find a lake up at the base of that steep cliff. We were lucky and it was where it was supposed to be. Climbing the rest of the way up was quite a task but we made it to the final ascent and crawled up massive boulders to reach the ridge top, just over 11,000 ft, and found our trail. 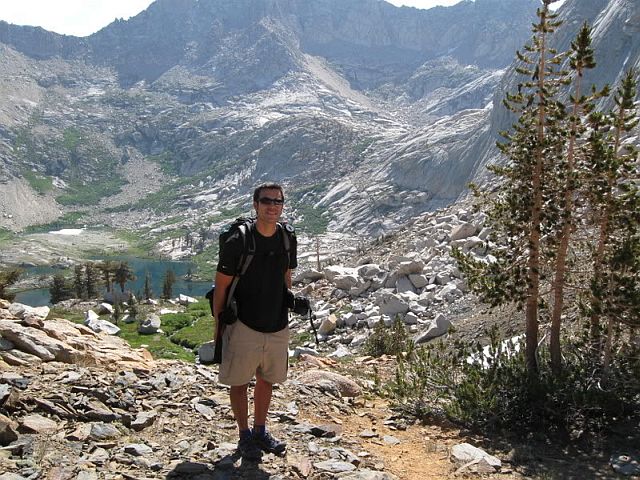 Rockin' the Keens! The ugly backgroud sorta detracts from the beauty of this picture though

Turns out we were just too cool for the trail and accidentally ended up following an unmaintained shortcut trail. It was defined over many stretches only by little rock piles that people had made to mark trail. We made it back in time to sleep and make it in to work the next morning. Our best guess is that our mileage was around 20-25 over the two days with elevation from 7800ft to over 11,000ft. Backpacking concentrate.