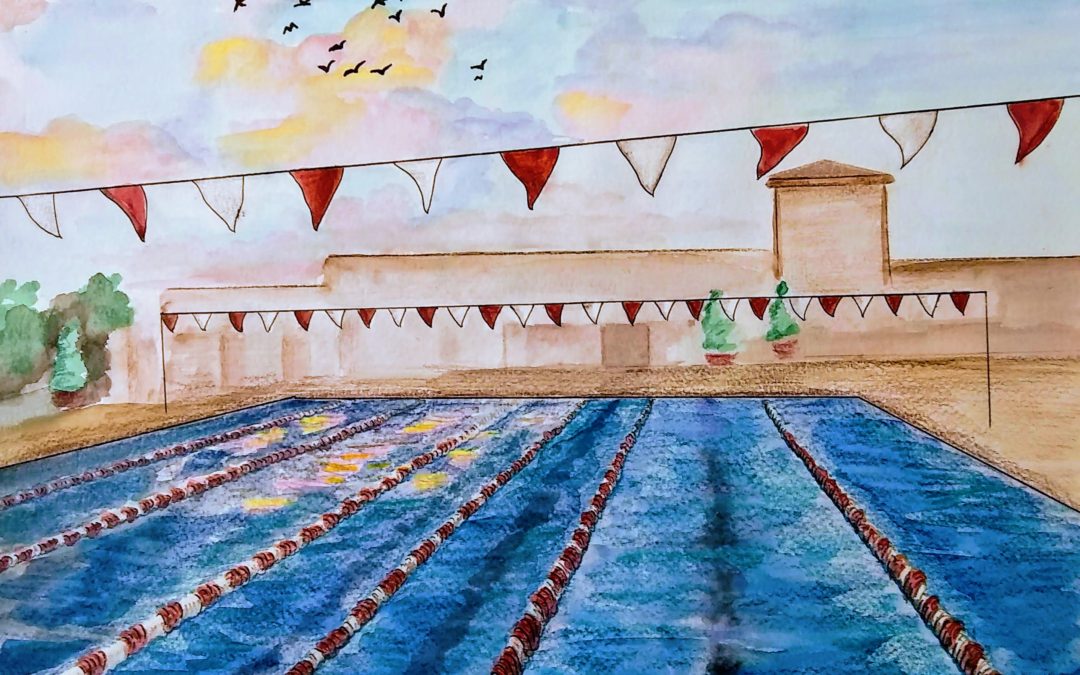 In fact, I've kept track of my swim laps for over a decade now, starting with the 134 miles I completed in 2006, the same year that Coach Liz planted the seed of the 365 Club in my brain. That club is exclusively for anyone who can average a mile of swimming per day, for a year. That goal seemed a bit absurd at the time, so I settled for the scaled version, the much less impressive sounding 182.5 Club -- just half a mile per day. Even that was a little too ambitious for me at first, but after six years of steadily increasing my swim volume, I finally surpassed the goal, breaking 200 miles in 2012.

A happy side effect of moving up to the triathlon pro ranks was a significant jump in swim, bike and run volume, and suddenly I found myself hovering dangerously close to that elusive 365 mark. On December 31st, 2017, I hit mile 365 for the first time, coming in just under the wire before the clock reset on 2018. I'm not even sure when I reached 365 the next two years -- perhaps early December -- but I blew past it and just kept on swimming.

So what is the result of these nearly 200 hours per year that I spend listening to the ambient slosh and gurgle of water in my ears? When I looked at it that way, I felt a little sheepish. If I had spent those 200 hours practicing Spanish, I'd be fluent already. If I had spent it carving wooden furniture, we'd have a full bedroom set by now. But instead, I used my time occupying a water-filled box, moving myself back and forth in one of the least efficient modes possible. One might assume that at least I must have gotten much, much better at swimming -- perhaps even twice as fast! But no, I still post roughly the same times I did ten years ago.

There's not much I can measure to assure that my return on investment has been worthwhile. But there are two distinct changes that I've noticed, and those two are key.

The first is that the more I swim, the more swimming I can tolerate. Five years ago, I'd heard of the infamous 100x 100 swim, but I thought it was just urban legend. Surely people weren't actually swimming 3 back-to-back swim practices in a row! But they absolutely were. The first time I attempted 100x 75 at the Walnut Creek Masters' "New Years Day 100 Whatevers," I literally couldn't raise my arms above the water in the final few 75s. Today, I felt like I could've kept going right on past 10k. So there you have it -- I work hard at swimming so that I can work harder at swimming.

The second change that has occurred is this: although I've always thought the pool was nice, with each year that my distance ratchets up, so too does my love for swimming. I love it more than last year. And the year before that. I'm not really there for the miles, or the time splits on the clock ... I'm there for the pure joy of swimming.

And joy is something that can't be measured.

Or maybe it can be?


* Record-setting for me, not for humanity at large. I have, of course, encountered plenty of swim junkies who might chuckle at the idea of taking a whole year just to reach 400.