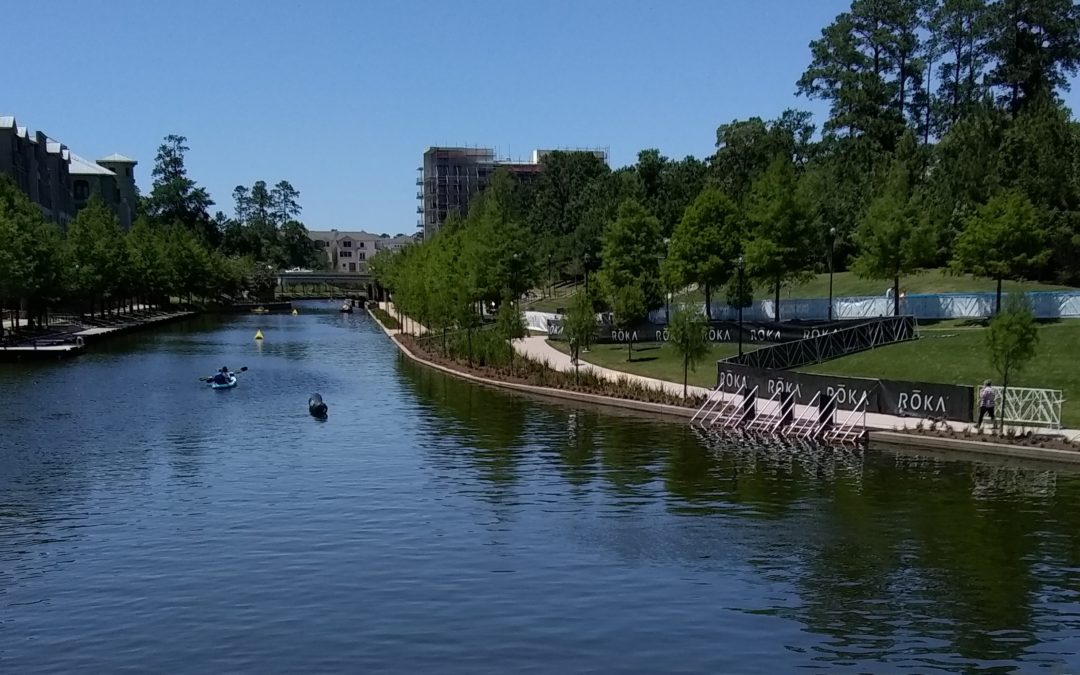 Ironman Texas gave me a lot to look forward to. I was excited to be out there fighting the good fight with people like my new coach, a handful of QT2 teammates (including last year's defending champion, Jodie Robertson), some of my heroes from Boulder, and one of my athletes from Madison.

IMTX has a reputation for being a fast course (AKA "short" course), it takes place early in the season when training feels fresh, and it's located in The Woodlands, an aptly named, beautiful suburb of Houston.

It is also designated as the North American Championships, meaning some of the top dogs would be out there, but my goals had more to do with personal execution than competition, so I was undeterred by the presence of greatness. In fact, it was unsettling how extraordinarily calm I was on race morning. There is an appropriate level of pre-race anxiety that underscores how deeply invested you are in the challenge. It should fall somewhere between "I hope to do alright today," and "I'm on my way to the Hunger Games." I had a nagging feeling that maybe my arrows should've been a bit sharper.

The race day water temperature was 74 degrees, which is much too warm for flopping around in a neoprene cocoon, in my opinion. On one hand, I was relieved that this made it a non-wetsuit swim for the pros (the cutoff is 71.6). However, since the age group cut-off is 76 degrees, this meant that the age groupers would be posting faster swim splits with their wetsuit advantage. Pro women had a ten minute head start, but by the end of the swim, age group men were coming in hot (in more ways than one, I'm sure). The swim exit was nearly in view when we were overcome by a tsunami of men, mercilessly barreling right over the handful of us who weren't fortunate enough to make it out of the water in sixty minutes or less.

The bike course wasn't as quiet as I'm used to, with such a large participant field (more than 2,500) and so many fast age group men already out ahead. My first discovery on the bike was that my power meter wasn't reading. Since power is my preferred metric for controlling my effort over a very long day, and also what I had planned to use as my measure of the day's success, this was more than a minor disappointment. But the number one rule of Ironman is: Things will go wrong.

So after wallowing in despair for a mile or so, I allowed myself to indulge in forty more seconds of pouting, then it was time to suck it up and move on. Once I got out to the main section of the course on the Hardy Tollway, I found I was keeping an even pace with two of the other pro women. Ironman abides by USAT regulations which prohibit drafting, defined as riding less than twelve meters behind a given athlete. Keeping the other two in view helped me set a good pace, and the focus on staying exactly twelve meters back gave me something positive and productive to think about. (You can measure using the lane markings in the road -- the space of two painted lines is approximately how far away you need to be from the bike in front). We rode 30 or 40 miles this way, occasionally trading positions, but always staying just far enough -- but not too far -- from each other. By the second lap, though, I had to laugh at how deeply concerned I had been about adhering to non-drafting protocol. Around mile 60, we were swarmed by a pod of several dozen age group men shamelessly riding wheel to wheel. So much for rules.

I tried to normalize it. This is just Ironman. It's a big, crowded event. Complaining about this congestion and the resulting interference by age group men -- that would be like complaining that an Ironman is too many miles (I mean, it is). But that's just the nature of the beast. After all, you have to know that this is what you signed up for.

But just then, a road cone got churned into the mix, causing a chaotic scattering of bikes. A rider was bucked over the top of his handlebars as his bike flipped skywards. Hanging back a bit, I had time to react and steer clear of the carnage.

Ok, this is not what I signed up for.