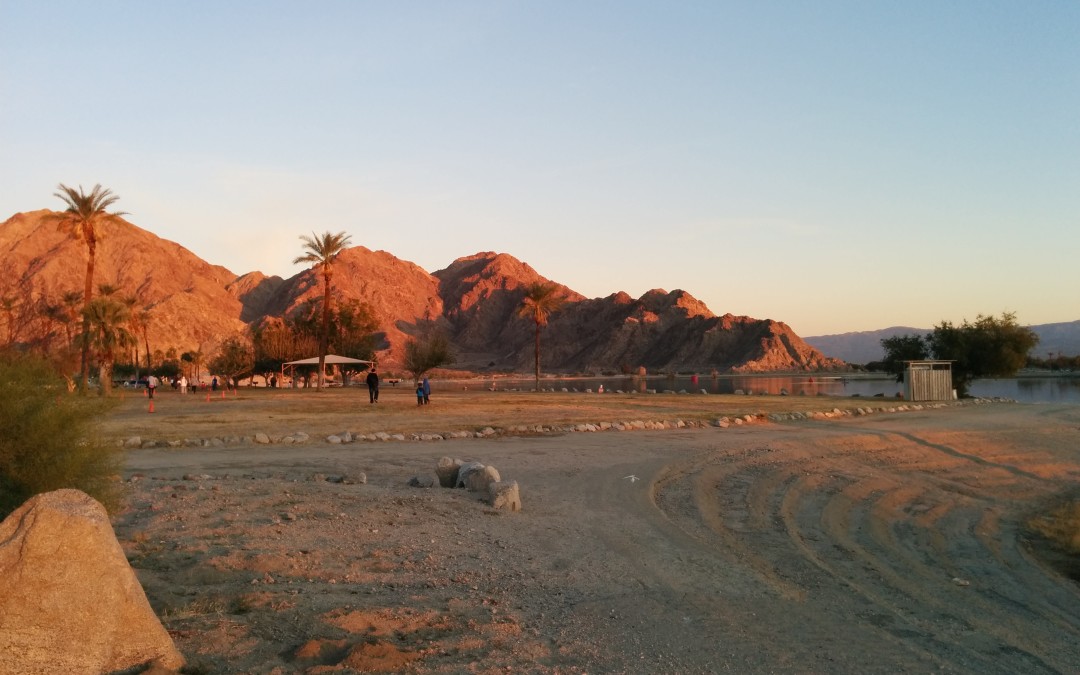 This was my second year at HITS Palm Springs, returning to defend my 2015 title. Since I didn't write about last year, and last year was kind of a long time ago, just a single, emphatic word summed up my memory of that winter desert race:

So this year I did a fair amount of preparation to brace myself for the 55 degree water and the prospect of emerging soaking wet into 55 degree air to go bike in the wind:

1. I spent the week reminding myself to quit whining like a wimp.

2. I showed up to transition dressed like I was ready to go ice fishing, to preserve my core temperature as long as possible. (This made body marking something of a challenge).

3. I got in the icy lake 10 minutes before my wave start to "warm up" or more precisely, to "numb up." This was a critical step. I got the painful part out of the way early, so that I was able to start the race devoid of all feeling.

4. I added one more piece to my T1: an insulated vest with the pockets loaded up with hand warmer packets.

The swim was a success, despite the fact that almost half of it was into the direct glare of the morning sun.

I put on my toasty vest in transition, and I knew I was going to be plenty cozy, even if I couldn't feel my feet for the next three hours.

And then I set off for the "easy" part of the race.

The first obstacle came up early in the ride. The course support was a bit sparse out on those desert highways, and a few intersections had police presence, but they weren't necessarily actively directing traffic.

I approached a red light, and felt a little nervous since no one was preventing cross traffic from taking their green. But you don't stop for red lights during a race! I proceeded through with some hesitation, and cleared the intersection just in time to avoid a pickup truck barreling through. Yikes!

Not long after, I found myself at another huge intersection. There were no other racers in view ahead, and I panicked, wondering which way the course went. One of the downsides of being at the front of a race is that sometimes the course disappears.