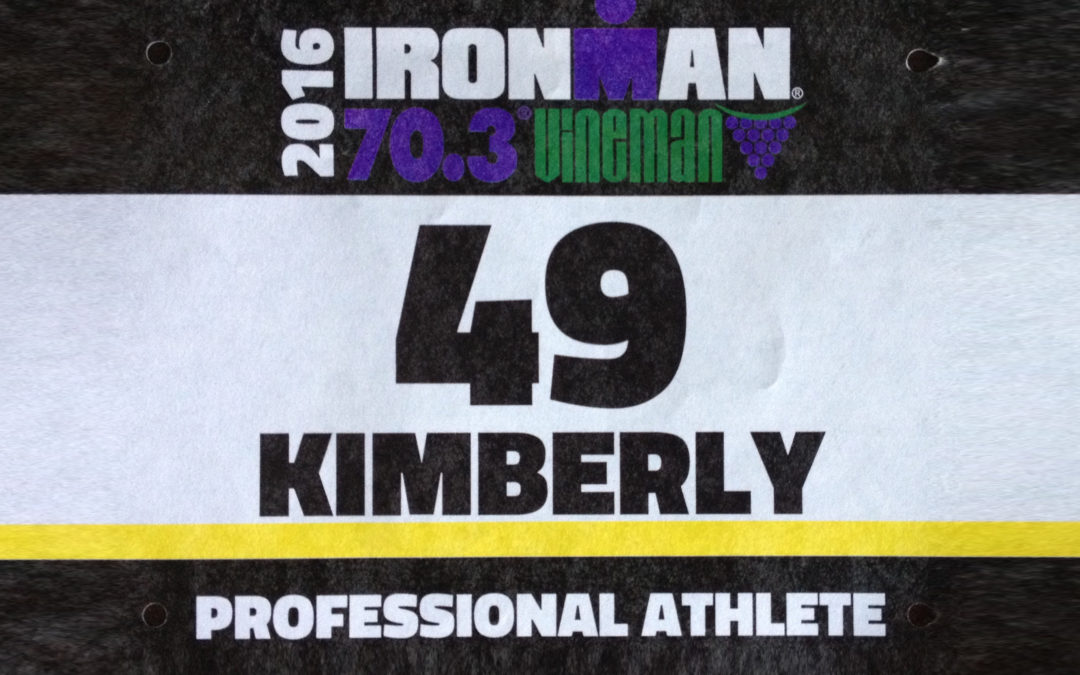 My pro card went into effect January 1, 2016, but for most of the season, nothing really changed. I raced some of the same local events I normally do, this time in a separate Elite category which usually put me in a field of one. Although I got to stand alone on the podium, first in my division, I wasn't even really considered part of the overall stats anymore. I was set off to the side, almost as if I'd done a separate version of the race. They do things differently in the East & Midwest, so those races had cash prizes and a bigger Elite field, consisting of one or two other pro athletes and a handful of Elite Amateurs. But Ironman 70.3 Vineman was my debut into the real world of professional triathlon. The $50,000 prize purse brings in some of the top athletes in the world, and my name was thrown into the middle of a list published in a Triathlete.com article under the intimidating headline, "Impressive Pro Field Headed to 70.3 Vineman."

Not everyone has supported my decision to move up to the Elite category. I've seen plenty of eyebrow raises from those who know all too well that you have to be extraordinarily talented and/or (but mostly and) have access to plenty of financial resources to actually make a living off of racing. The elite license allows access to the most competitive level of racing, but does not guarantee a paycheck as other professional sports do.

But that was never my objective in the first place.

As I considered the various reasons for going pro, winning my annual salary did not even rank in my top ten. But were those legitimate reasons to throw myself to the wolves? To step into an arena where I was so completely out of my league?

As I considered the reasons for not going pro, I came up with a list of only one: And with that, my mind was made up.

Whether it is an old carryover from my low self esteem pre-teen years, or whether I'm simply the product of a society that encourages assumptions of inadequacy among women and girls, I'm done floating around in self-induced mediocrity.