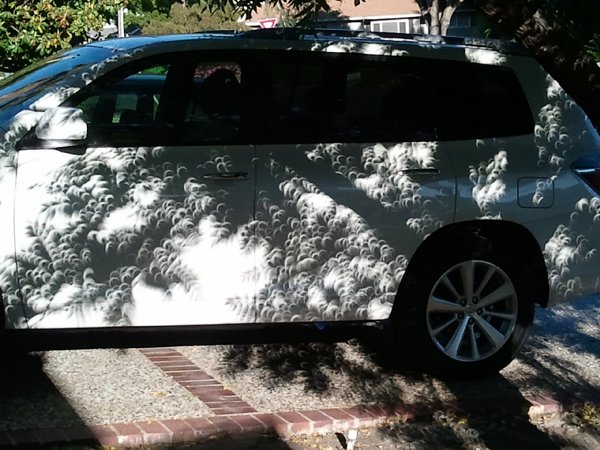 Overlapping leaves on a tree created thousands of tiny "pinhole cameras" projecting images of the crescent sun on the side of a car.

Contrary to the blithering of TV news reporters and the online ignorati, this was not a "total eclipse of the sun." A total eclipse is one in which the moon completely obscures the sun. For this month's eclipse, the moon was at apogee, the farthest point in its elliptical orbit, so appeared slightly smaller than normal when seen from the earth. If you were on the earth's surface directly under the eclipse track, the best you would see is an annular eclipse, in which the smaller appearing moon can't completely block the sun.

While it's fun to witness, an annular eclipse is just not as impressive to me as a total eclipse. We witnessed a total eclipse in Montana in 1979, and it was a once-in-a-lifetime experience well worth traveling to see. But as close as we were to this month's eclipse track, I wasn't motivated to travel a couple hundred miles to see the annular phase. When it comes to covering the sun, there's a huge difference between 99% and 100%. 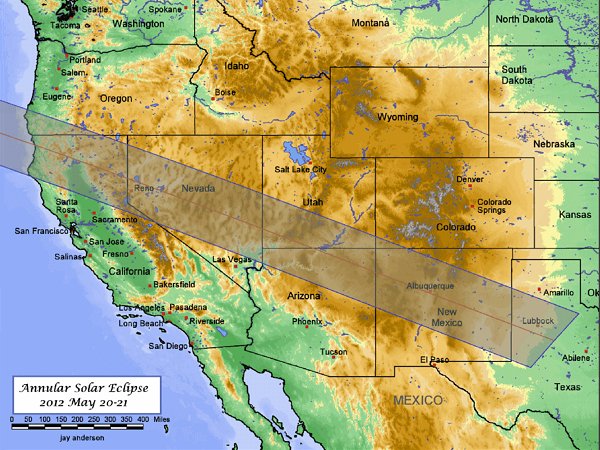