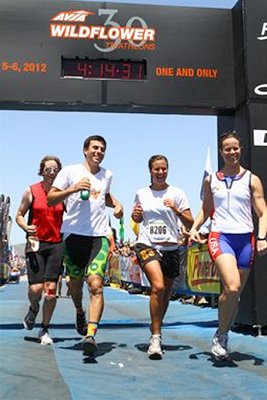 The kids decided it would be fun to compete as a team at the 30th Annual Avia Wildflower Triathlon over the weekend. They competed in Sunday's Olympic Distance Relay event. The Relay race is a supplement to the weekend's main events--the Long Course and Olympic Distance individual races. 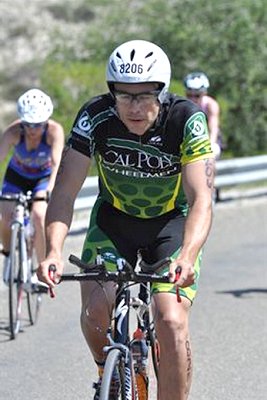 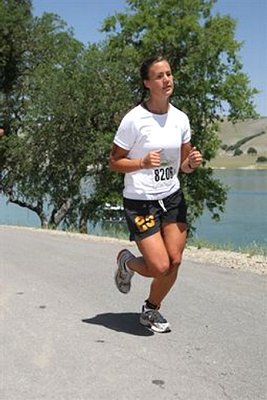 Their efforts earned them third-place overall amongst Relay teams, and second-place in the Open-Mixed category. 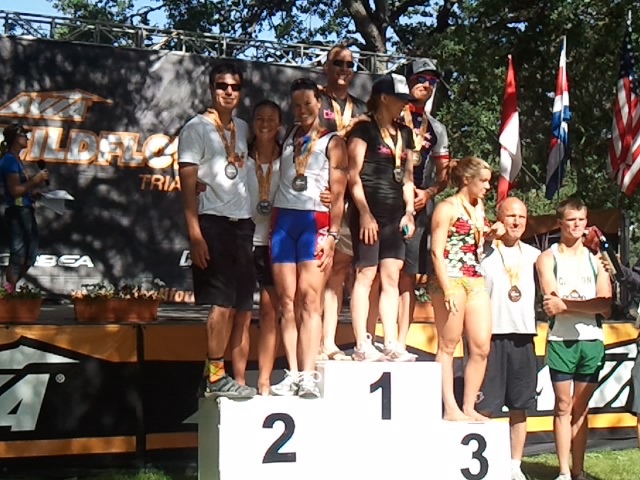 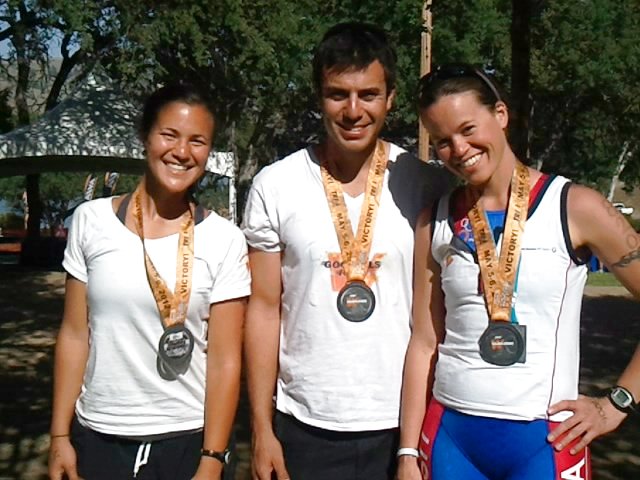 Kim had raced previously in the 2008 Wildflower Triathlon, and Nik had participated in the 2011 Wildflower Relay with a couple of college friends.